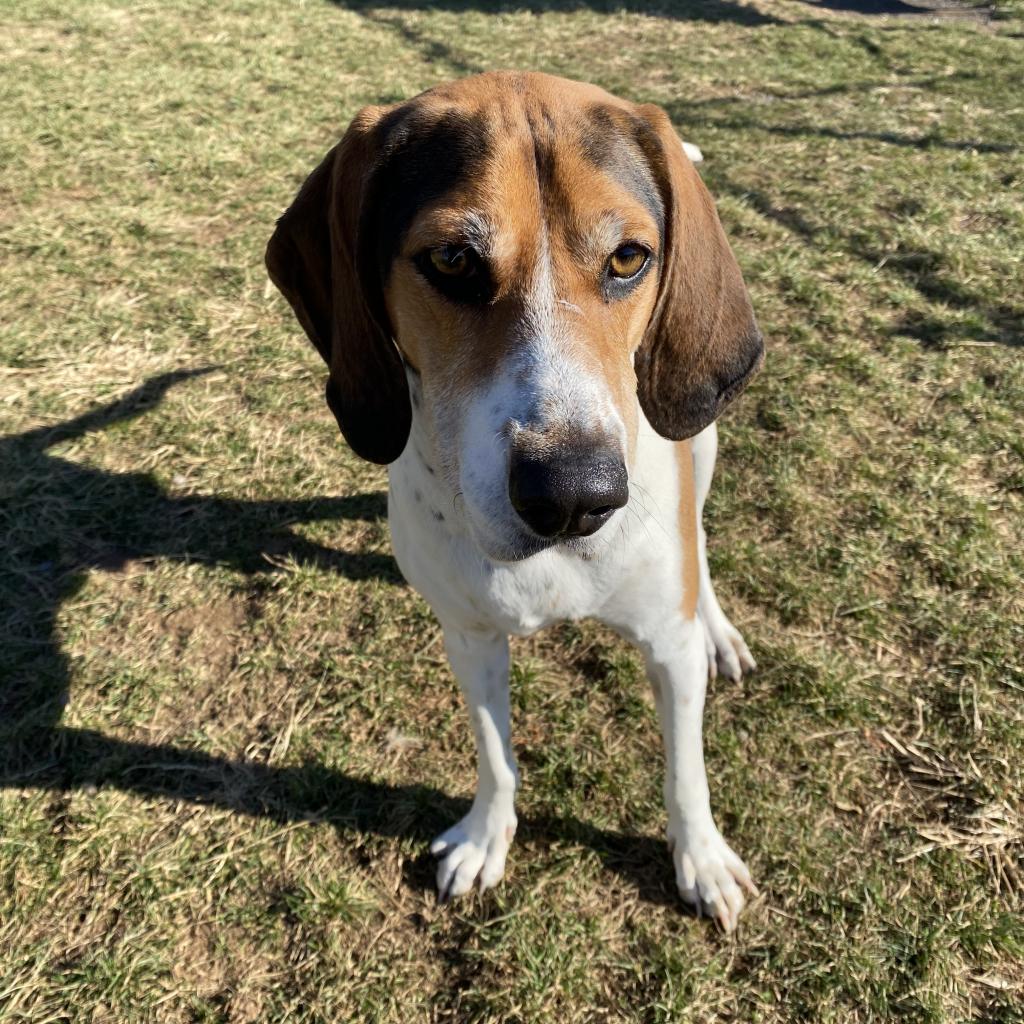 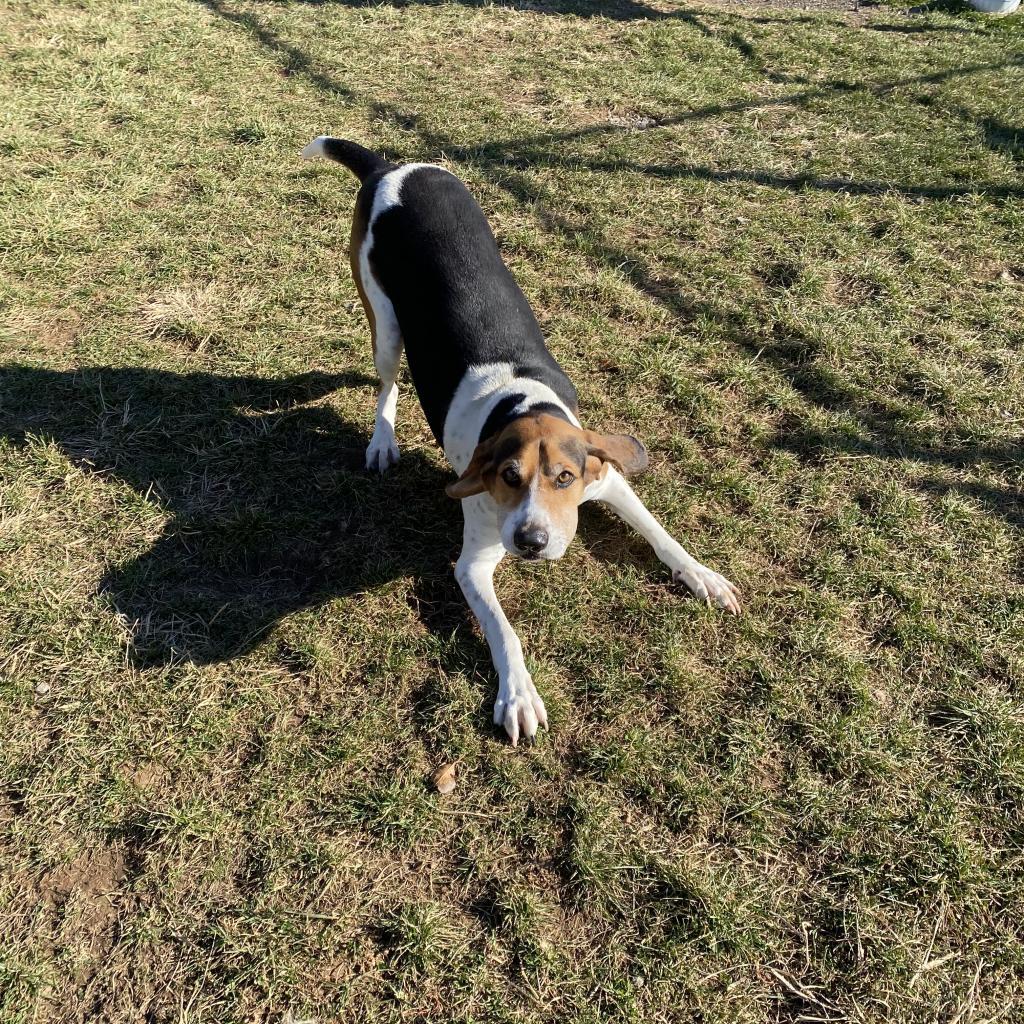 Hello My Name Is: Buddy

Buddy is a large(49lbs) adult (3 years old) hound that was brought to us as a stray originally but got adopted and was returned for escaping his home.

Buddy a goofy man, never failing to let you know when he wants affection or treats. Although his face is grey, his energy level is surely top notch and he has a great balance of wanting to play and taking naps. Due to his high energy and proclivity to knock children around, it is recommended that he go to a home with older children. Buddy would prefer a home without cats as he has a tendency to chase them as noted by his previous owners.

Buddy has gotten along with several other dogs while in our care but would prefer a meet and greet before going home with his potential best friend. He also has a tendency to escape his home and break free from collars. Due to his escapee tendencies, Buddy should not be left outside unattended.

If you are interested in Buddy, submit an adoption application and visit him today! 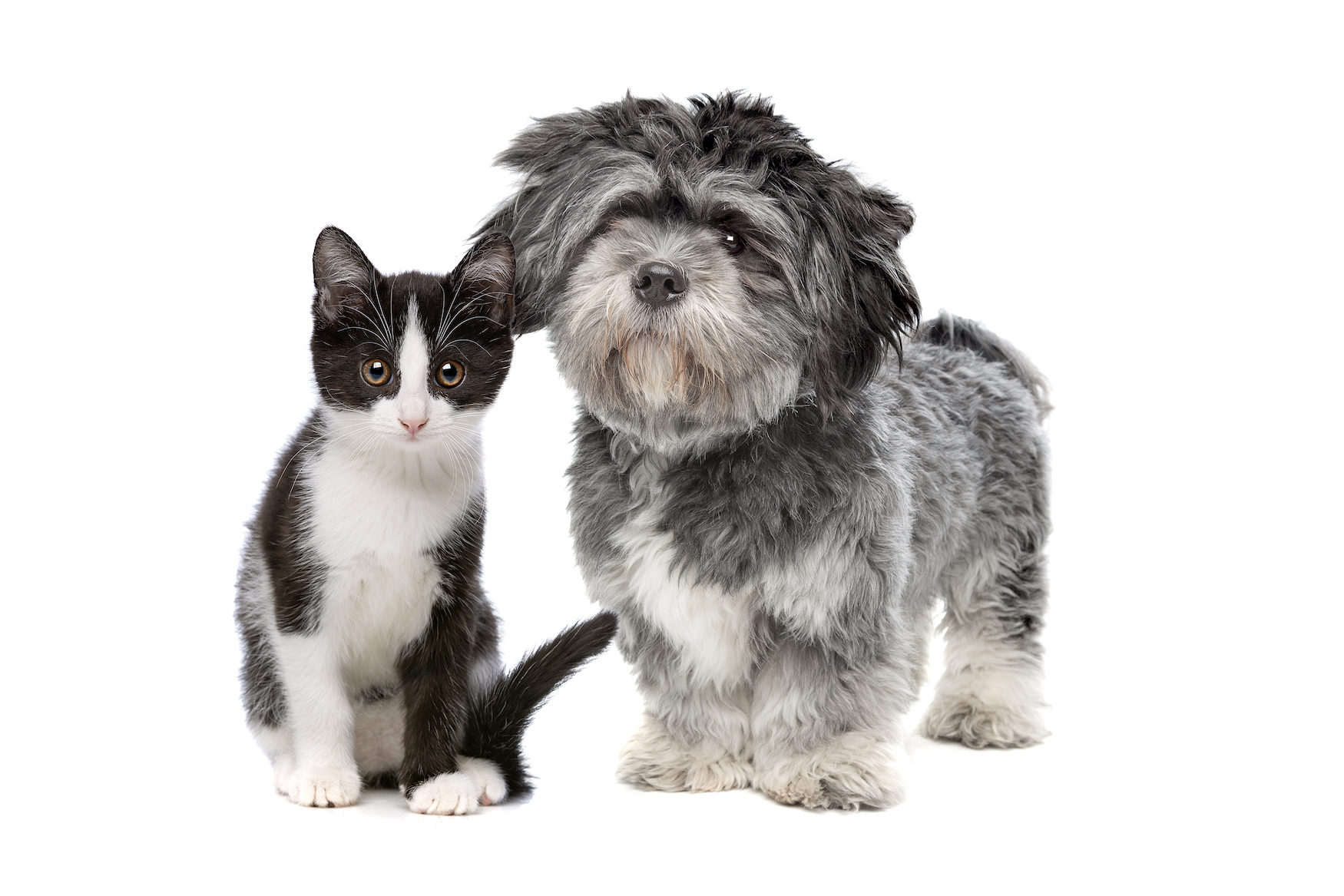 What’s included in an adoption fee?

What payment methods do you accept?

We take credit cards (preferred), debit cards, and cash to process payments. We are unable to accept checks.

Will you hold a pet for me until I can come see them?

We cannot hold animals. Adoptions are on a first-come, first-serve basis. We recommend checking our website often when you’re ready to adopt. Our adoption page is updated in real-time as animals are added and adopted.

Does my application guarantee I’ll get the pet I want?

It’s important to note that an approved application does not guarantee adoption. It simply means that you have been approved to adopt from the RHSPCA. We recommend checking your email for our approval message (or follow up questions) and then scheduling a pet adoption appointment to meet the animal you’re interested in, should they still be available.

What do I need to bring with me to the shelter?

Can I adopt if I live out of the area?

Yes! We do adopt to out-of-area homes. A meet and greet with the pet is required. Please keep in mind that the shelter has a first come, first serve adoption policy when making your travel plans.

Are there any restrictions?

Adopters may only adopt 2 pets within a 30-day period. 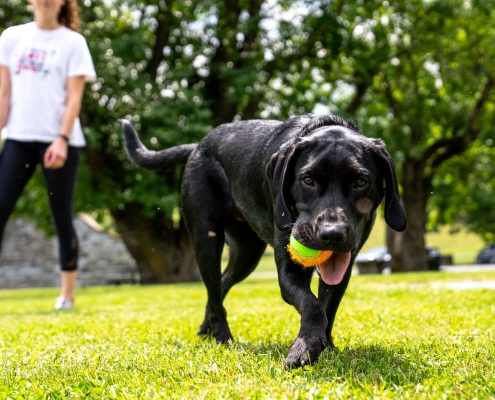 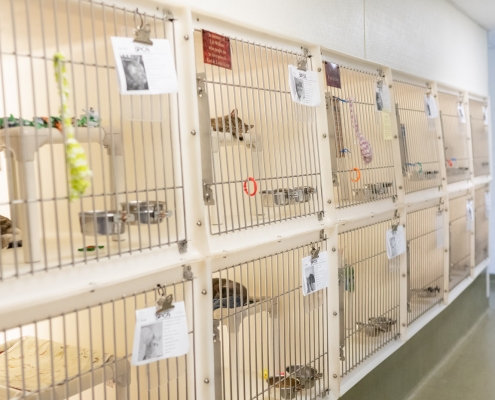 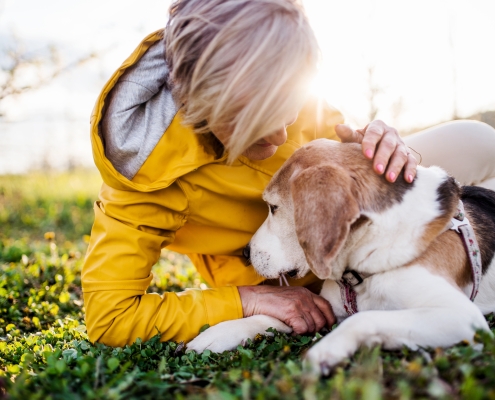 Enews Sign Up
Scroll to top
Our Shelter is Full! Let's work together to help animals in need

Are you able to help?